I recently made some silly purchases. I am an amateur musician. I have a rudimentary home studio consisting of a few MIDI controllers, a Native Instruments Maschine Mk2, and a Korg Wavestate. I also use computers to write my music.

I kept seeing videos ("not sponsored" (but provided free/loaned hardware, of course) about all of the cool new music hardware. The hype was real and I had FOMO. So, I acquired some new hardware synths and a hardware sequencer.

After about two months of use, I was never able to find a workflow that worked for me. It involved hardware racks, cables were everywhere, and the limited space that I had to devote to my hobbies was overflowing with nothing but music gear. That left no room for my other hobbies like electronics and retro computers.

So I just got rid of most of it. I kept my absolute favorite pieces. I chose based on their instant playability. How long does it take for me to turn it on and start playing music or designing sounds? Some synths had a quick entrance into sound design, but when it came time to save your patch, you had to know ahead of time which of the existing patches you were going to overwrite. If you didn't prepare  a list of patches that you could safely overwrite ahead of time, you had to just guess and hope you didn't overwrite something good. Or worse, discard your beautiful creation without being able to save it.

I love the way the Korg Wavestate saves patches, it has a seemingly infinite memory and it just keeps piling them in as quickly as you can create them. I find the workflow to be quick and pleasant.

I just couldn't make sense of the Hydrasynth. I once saw a YouTuber say that he didn't believe that the Hydrasynth was for home producers. At first I was offended by his remarks, but then I realized he was probably right. You really have to know what you're doing to make the most out of the Hydrasynth.

Watching videos from the popular YouTubers isn't enough to make you understand how to use it, either. At least it wasn't for me. You may have a natural inclination for it and I encourage you to explore that if you can. It's quite a lot of fun to shop for new gear and open the boxes after a long day at work.

Try not to shop for the next piece of gear before you've mastered the previous gear you had before, though...pure madness! 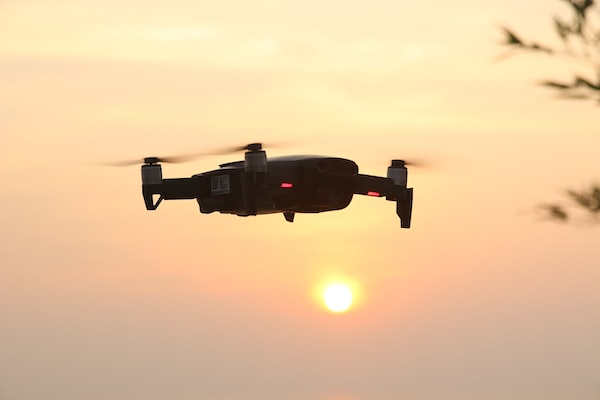 When you open this post in your web browser, you should see a WebXr scene that I generated. I used a panorama photograph that my drone took over a semi-urban neighborhood in Alabama, USA.