Laurie is a preschool teacher. She needs a teaching tool for teaching phonemic awareness. I’m making “Cerkit the Robot” to fill her needs. When a child segregates a sound, they can only understand speech like a robot, so you have to talk to them as such. In other words, the word “CAT” is spoken as “K”, “AH”, “T”, all separated by a pause.

A Dremel drill is recommended in this process, as well.

Here are a few pictures to illustrate the making of Cerkit…

First, I drilled the holes in the head and inserted the LEDs. 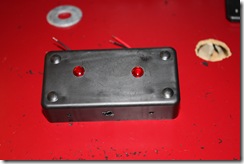 I then wired the eyes together (red on one LED to black on the other). I then fed the remaining wires (black and red) through a hole that I drilled between the head and the body. I then attached the head to the body using the nuts and bolts (I first drilled pilot holes). 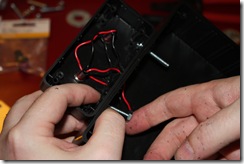 I then attached the door stop to the head. 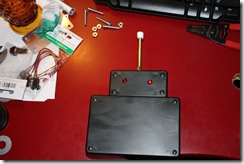 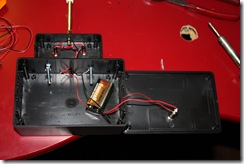 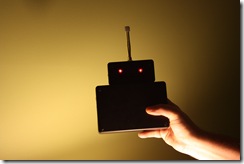 Cerkit with his eyes attached. 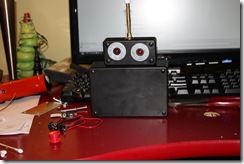 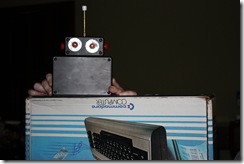 The button is mounted on the back of the robot and triggers the eyes to light up.

Cerkit the robot is now ready to delight preschoolers for years to come!